3-on-3 Charity Hockey Tournament Back for Second Year 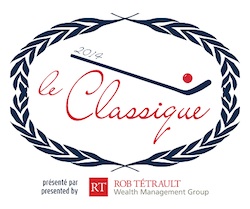 Two temporary ice hockey rinks will be set up in a St. Boniface parking lot next month for the second annual Le Classique hockey tournament.

The three-on-three tournament is a fundraiser for the congenital infection CMV, and will take place February 6-8.

“Last year our goal was to host 24 teams and to raise $5,000,” said tournament organizer Robert Tetrault, whose son Alexandre was born with congenital CMV. “We easily surpassed our goals by attracting 28 teams, not including the half-dozen teams on the tournament waiting list, and by raising well over $5,000. We also achieved our biggest goal, which was to educate people and raise some money for CMV research. Let’s hope the 2014 tournament will be as much of a success.”

Games will be held beside Le Garage at 166 Provencher Boulevard.

Team registration is $120. To sign up or make a donation, visit LeClassique.ca.