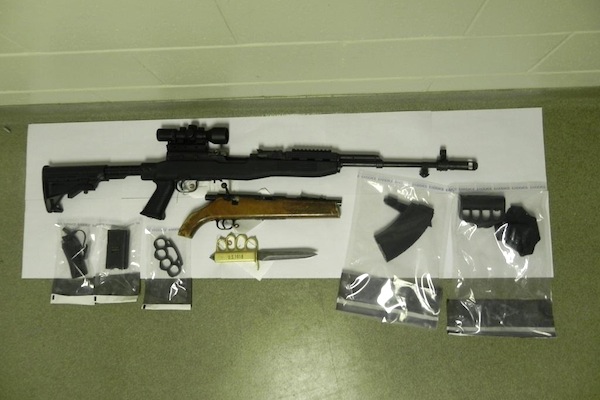 Police seized weapons and drugs from a home in the RM of Lac du Bonnet on Saturday, January 18, 2014. (RCMP HANDOUT)

Two residents from the RM of Lac du Bonnet face drug and weapons charges after a police raid on Saturday.

RCMP executed a search warrant on a home, where they found 154 grams of cocaine, 850 grams of marijuana, scales, a score sheet, drug packaging, firearms and ammunition, and assorted weapons

Lance Laliberte, 30, and Ashley Payne, 22, have been charged with assault, possession of a controlled substance for the purpose of trafficking and firearms-related charges.

They both appeared in Winnipeg court on Monday.