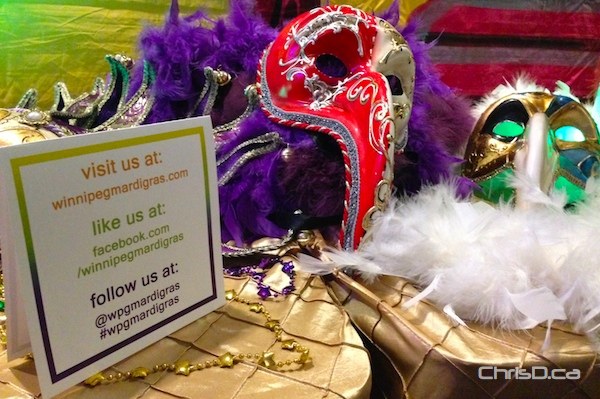 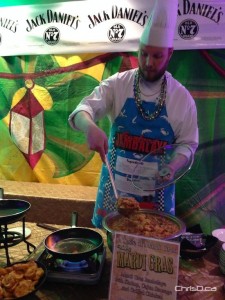 A chef dishes out jambalaya at the Taste of Mardi Gras event held on January 16, 2014. (CHRISD.CA)

The two-night event will bring the heat from southern Louisiana to the city, with authentic cuisine and entertainment featuring over 30 performers.

Last week, local media was given a preview of what to expect during the annual Taste of Mardi Gras event. Over the course of two hours, chefs served up select dishes available at the upcoming party. One of the favourites in the room appeared to be the jambalaya — made with shrimp, Cajun sausage, grilled chicken, tomatoes, okra, bell peppers, onions and rice, served with a parsnip chip and crostini. 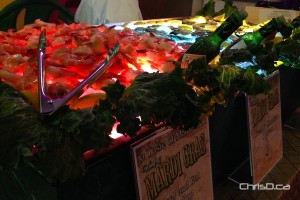 All of that southern cuisine can be washed down at the wine bar or with one of the specialty beverages, such as Love Potion, made up of gin, lemon juice, grenadine, and passion pop pink champagne. For those feeling a little daring, you can get an oyster shot, said to be a “fabulous pre-mixture of ingredients that will curl your Mardi Gras beads.”

Entertainment for the weekend will be Dwayne Dopsie and the Zydeco Hellraisers.

Tickets are available at Ticketmaster for $18. Doors open at 6 p.m.