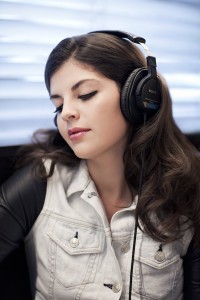 Jazz and pop vocalist Nikki Yanofsky will headline a gala at the Centennial Concert Hall this spring.

Yanofsky will perform at the Negev Gala honouring Joseph J. Wilder Q.C. on Tuesday, May 27.

“I can’t think of a better fit for the entertainment at Winnipeg’s Negev Gala. Nikki is young, incredibly talented, Canadian and her success has been skyrocketing,” said Karla Berbrayer, regional president of the Jewish National Fund of Canada.

Known for her auspicious start as the youngest headliner in the history of the Montreal International Jazz Festival at 12, Yanofsky has covered plenty of territory over the last seven years. She has topped both jazz and pop charts, performed with orchestras and big bands, and sold out festivals and major theatres around the world. In 2010, she sang to the world at the Vancouver Olympic and Paralympic Games.