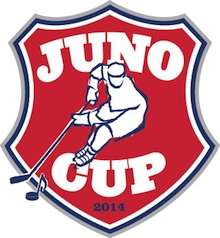 NHL greats will mix it up on the ice with Canadian musicians to train for the upcoming JUNO Cup today.

Ahead of the JUNO Awards in Winnipeg this March, an all-out clash of the titans will make up the celebrity hockey game. To train for the big event, former players and some of Canada’s brightest rockstars will train at the MTS Iceplex for 45 minutes this morning beginning at 10:15 a.m.

Additional players will be announced on February 25.

JUNO Cup will take place at the MTS Iceplex on Friday, March 28 at 7:30 p.m. Tickets are $20 and are on sale at all Ticketmaster locations. Proceeds benefit MusiCounts, Canada’s music education charity associated with CARAS.