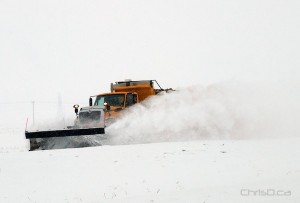 Snow plows hit Winnipeg streets late Thursday night to deal with the accumulation of snow that fell on city streets.

The city says residential streets and sidewalks are being monitored and may be plowed in problem areas where drifting has occurred. Back lanes will be plowed beginning Saturday at 7 a.m.

To aid snow clearing efforts on major routes, the declared snow route parking ban will be in effect starting 12 a.m. on Saturday, January 25.

The annual snow route parking ban remains in effect daily on streets designated as snow routes from 2 a.m. to 7 a.m. until March 1.