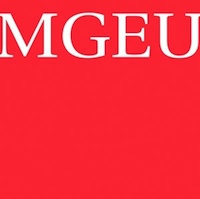 A new radio ad campaign highlighting the “growing problem” of home care workers being stretched too thin is kicking off today, courtesy of the Manitoba Government and General Employees’ Union (MGEU).

The campaign comes after a number of home care workers wrote to the union to describe the current strain on the system, which they say is scheduled so tight that it has them rushing through tasks and struggling to meet the needs of their client load.

“Over the past two or three years, we’ve continually heard from our members that the amount of time they are given to perform a particular task for a client, like prepare, serve, and clean up a meal, or to get from Client A and Client B, has been reduced,” said MGEU president Michelle Gawronsky in a release, who noted that inadequate travel time has been identified as one of the major issues in the system, particularly in the winter months.”

The ads, says the MGEU release, are designed to ensure the public is “aware of how and why home care services aren’t what they could be or should be.”