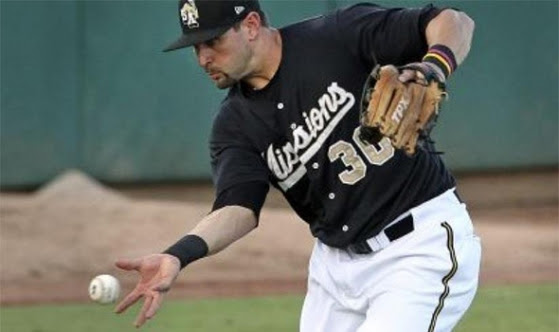 The Winnipeg Goldeyes have signed Jacob Blackwood for 2014. (HANDOUT)

The Winnipeg Goldeyes have signed infielder Jacob Blackwood for the 2014 season.

Blackwood, 28, has played the last three seasons in the San Diego Padres system, with the last two summers spent with Class AA San Antonio in the Texas League. In 126 games with that club last season, Blackwood hit .259 with seven home runs and 61 runs batted in. The Kansas City, Mo. native was named starting third baseman for the South Division in the Texas League All-Star Game.

“He’s the type of infielder that provides a big impact bat to our lineup,” said Goldeyes manager Rick Forney. “He’s been an impactful player in our league before and we’re hopeful he can be an impact guy for the Goldeyes in 2014.”

The Goldeyes now have an even dozen players signed for their 2014 season, including six pitches and six position players.