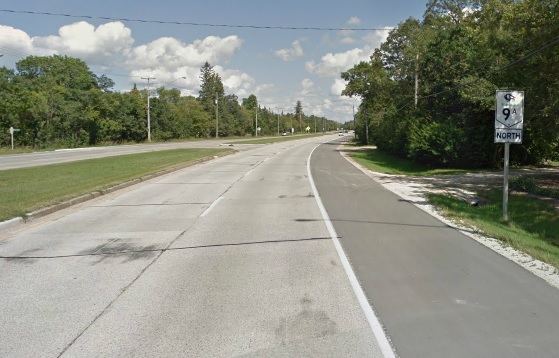 Among the provincial highways slated for refurbishment is Highway 9 north of 9A near Selkirk, which will get two kilometres of concrete refurbishment. (GOOGLE STREETVIEW)

Over 1,000 kilometres of provincial highways and bridges in Manitoba will be built or overhauled as part of the province’s largest single-year investment ever into roadway infrastructure.

The move, which the government announced Wednesday, will see 50 new projects added to the 2014 construction season, which represent more than $100 million worth of work. The new projects, combined with other road reconstruction efforts will create jobs for an estimated 5,700 people for the next year.

“We recognize, in the decades since the original construction of Manitoba’s roads and bridges, investment levels have not kept up with the needs of our aging road network as the population and economy grows,” said Premier Greg Selinger in a release. “When we invest in restoring and expanding this infrastructure, we ensure its safety, long-term sustainability and Manitoba’s economic growth.”

Work on refurbishing existing provincial highways and bridges will include paving, culvert replacement, grading, bridge work, and spot road improvements. Some of the new work includes major project additions or overhauls on almost 200 kilometres of roads in the Eastern, South Central, Western and Northern regions of Manitoba.