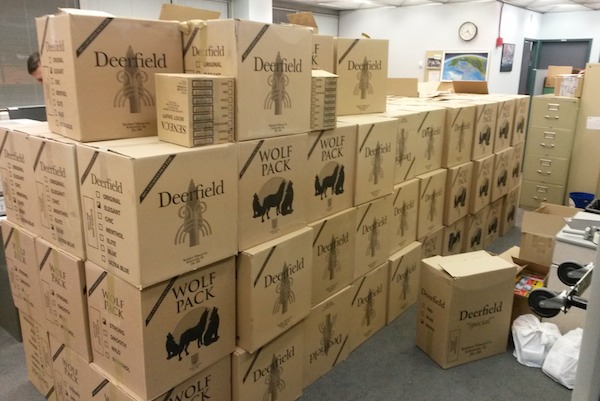 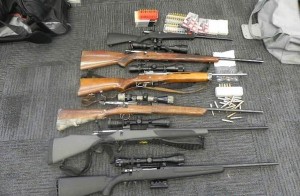 During the search, a rental locker was found to be related to the items as well, where police then rounded up two more cases of tobacco and three more firearms.