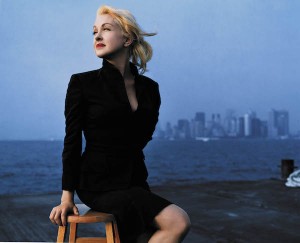 Cyndi Lauper has been added to Cher’s Dressed To Kill tour, which brings her to Winnipeg on June 20.

Lauper marked the 30th anniversary of her debut smash hit album, She’s So Unusual, in 2013.

Cher performs at MTS Centre as part of her 49-city North American tour celebrating the release of her new CD, Closer to the Truth.

Tickets are available now through Ticketmaster.