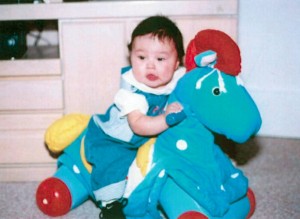 The province has finally released the report from an inquiry into the 2005 murder of five-year-old Phoenix Sinclair, who was killed by her mother and stepfather after being placed in their custody by Child and Family Services.

The long-awaited report drafted by inquiry commissioner Ted Hughes contains a number recommendations to strengthen protections for children and improving the child welfare system in Manitoba, but does not assign specific responsibility for Sinclair’s death.

Family Services Minister Kerri Irvin-Ross did, however, offer an apology on behalf of the government, acknowledging the “failure” of the child welfare system.

According to Irvin-Ross, the province has already taken action of 20 of Hughes’ 62 recommendations on reforming the province’s child welfare system, and work is ongoing to implement another 11 now. Additionally, the province says it will draft a team to implement the remaining 31 recommendations, draft legislation to establish an critical incident reporting system for child welfare similar to what exists in the healthcare system, implement new information management systems to attempt to be sure that children don’t “fall through the cracks,” and taking steps to establish professional standards for social workers.

Some of Hughes’ recommendations include assessing children as soon as families come to the attention of authorities face-to-face, a maximum number of 20 cases per social worker, and increased funding for family enhancement services.

The full text of Hughes’ report is available by visiting PhoenixSinclairInquiry.ca.