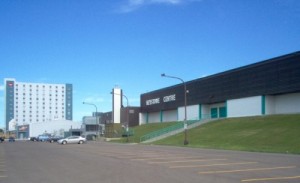 Brandon will host the 2015 Safeway Championship after an agreement in principle between CurlManitoba and the Brandon Curling Club was reached on Friday.

Past Curling Club president Shawn Taylor will serve as the co-chair of the Brandon host committee.

“The Brandon curling community is excited to have the opportunity to host the 2015 championship. It is long past time for us to host another championship curling event. We earned a strong provincial national and international reputation with past events and we look forward to renewing Brandon’s reputation as one of the best curling hosts,” Taylor said.

While the dates have been booked, the formal agreements between CurlManitoba and the Brandon Host Committee will be finalized once the Brandon committee has been able to conduct needed discussions with the City of Brandon and Keystone Centre management.