Benefit Concert for Former U of M Student Attacked, Stabbed 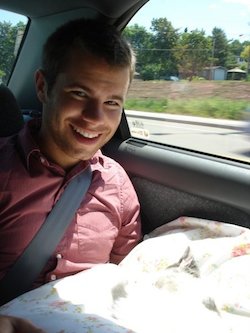 A benefit concert for a former University of Manitoba student who was attacked and paralyzed last October is being held on Tuesday.

Scott Jones was leaving a Nova Scotia bar on October 12, 2013 when he was grabbed from behind, stabbed twice in the back and slashed on his throat. The neck wound was superficial but the stabbings severed his spinal cord and paralyzed him.

A 19-year-old man is now awaiting trial in relation to the assault.

Jones say he’s convinced the attack was a result of him being openly gay in the town of New Glasgow, where there are very few openly gay men.

Jones was in the Masters Conducting program in the U of M’s Desautels Faculty of Music and was the assistant conductor of the Women’s Chorus in 2009.

Faculty members and students will perform a benefit concert for Jones on Tuesday at 7 p.m. at Knox United Church, 400 Edmonton Street. Cash and cheque donations will be accepted for the Support Scott Jones Fund.