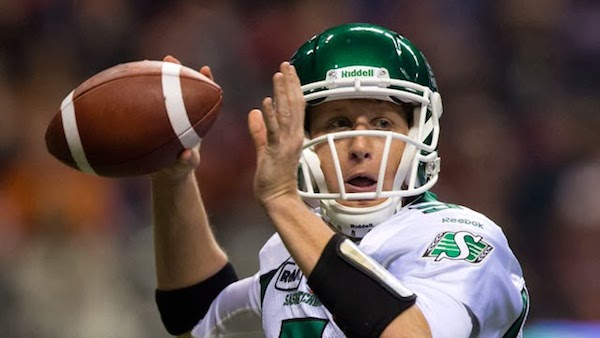 The Winnipeg Blue Bombers search for a new quarterback has ended with the signing of Drew Willy.

The import QB from Randolph, New Jersey comes from the Saskatchewan Roughriders, in which the Bombers traded non-import wide receiver Jade Etienne. At the same time, the club has also signed Willy to an extension.

“Drew is a quarterback we have always thought had very high potential in this league. He immediately upgrades us at this position, and we really look forward to him being a part of the Winnipeg Blue Bombers moving forward,” said general manager Kyle Walters.

Willy spent the past two seasons with the Riders as the team’s backup quarterback, and has gone 2-2 as the quarterback of record during that time. He started two games in 2013, going 1-1, including a three touchdown and 269 yard performance in Saskatchewan’s win at Hamilton last July. He finished 2013 completing 32 of 52 attempts for 474 yards and four touchdowns.