Musicians to Hit the River Trail for ‘On Ice’ Performances 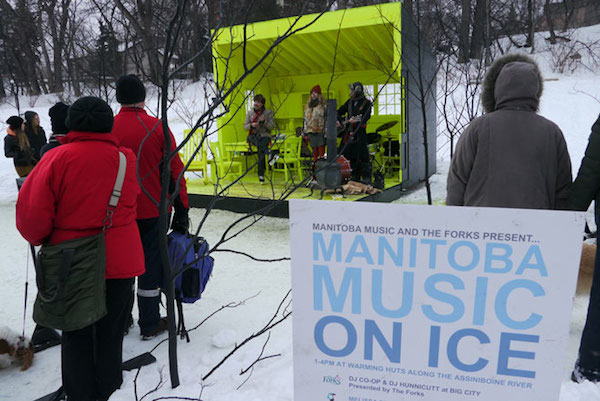 Manitoba musicians are returning to the river trail this year for an acoustic afternoon of live music.

Manitoba Music on Ice will entertain thousands of people enjoying the outdoors on Sunday, February 16. Musicians will be dressed in their best winter wear for free performances at the innovative warming huts.

Festival du Voyageur will also be getting in on the fun by bringing the party onto the ice with special programming around The Trading Post bar and its Rendez Vous on Ice, including a day of music featuring performances by Sol James, Red Moon Road, Dirty Catfish Brass Band, L’ensemble musical Pierre Freynet, and DJs RPG and Colin Shots.

Manitoba Music on Ice runs from 1-4 p.m. on the Red River Mutual Trail. A complete schedule of events will be released February 10.