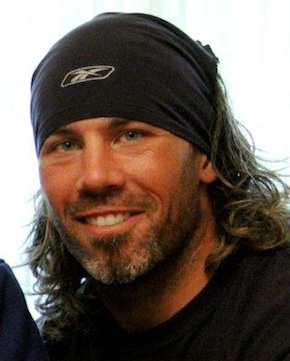 After more than 10 years with the Winnipeg Blue Bombers, Chris Cvetkovic is retiring from the game.

The long snapper broke the news via his Twitter account on Monday, having played 12 seasons in the CFL after arriving in Winnipeg in 2003 from the Saskatchewan Roughriders.

“The Winnipeg Blue Bombers would like to thank Chris for his boundless contributions, both on the football field, and in our community, over the past decade plus. His tenacity, desire to win and build team camaraderie was very evident during my time playing with him, and we truly appreciate all of his efforts,” Blue Bombers president and CEO Wade Miller said in a release.

Cvetkovic, 36, is known for his off-field community initiatives, such as his not-for-profit Cvet’s Pets organization, which helps local Winnipeg no-kill animal rescue programs. He is also involved with Variety, the Children’s Charity of Manitoba among many other charities and was always the first Blue Bomber to volunteer his time for appearances during the season and offseason throughout the province of Manitoba.

As of today I am no longer a @Wpg_BlueBombers but am now @BomberAlumni ! THANK U to all the Fans, Teammates, and staff! #MuchLove #Retired