The Winnipeg Blue Bombers will open their 2014 season at Investors Group Field when they host the Toronto Argonauts on Thursday, June 26.

The league released the playing schedule on Wednesday, which has the Bombers hosting nine regular season games and a pre-season game on June 9, which is also against the Argos.

“We are extremely excited with the release of our schedule and our return to the West Division,” said Blue Bomber president and CEO Wade Miller. “For the second straight year, our fans and Investors Group Field will open the CFL season, and we anticipate great things both on the field and in the stands this year.”

The Bombers will also host the expansion Ottawa Redblacks and Henry Burris on Thursday, July 3.

Weekday games at IGF have all been moved to 7:30 p.m. to accommodate fans arriving to the U of M campus.

See the complete schedule below: 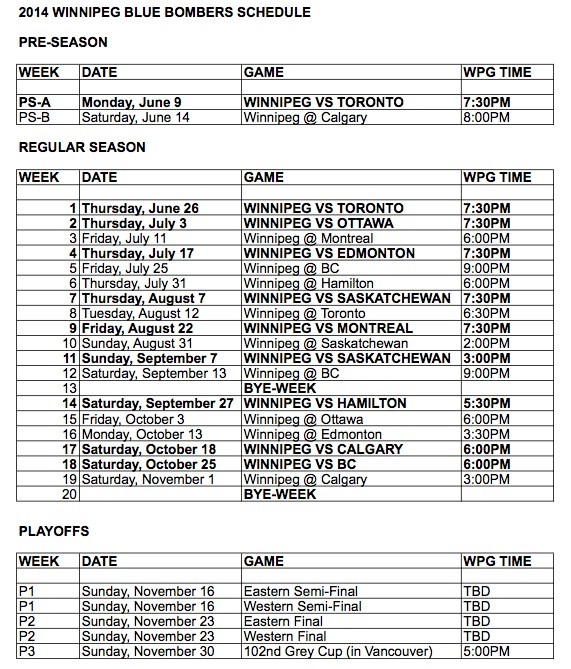