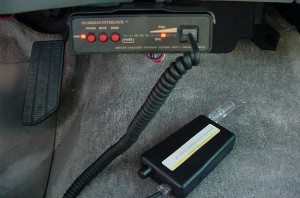 New tougher rules for those who violate the province’s ignition interlock program come into effect on Saturday.

Those convicted of impaired driving already have to participate in the program, which requires the vehicle operator to blow into a breathalyzer before starting the ignition. Amendments to the Highway Traffic Act will now clarify that those who disobey the program will face the full consequences for driving while disqualified including vehicle impoundment.

“We want to ensure our message to Manitobans is clear; the changes coming into effect this month will ensure convicted impaired drivers fully understand what is expected if they wish to drive in Manitoba, as well as the consequences for not following the rules,” said Justice Minister Andrew Swan.

The changes also allow a driver with a restricted licence to request permission to operate an employer’s vehicle not equipped with an ignition interlock device if the use of that vehicle is necessary to maintain the driver’s employment.