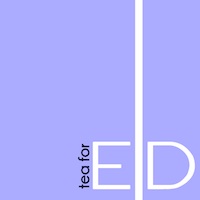 A fundraiser for the Health Sciences Centre Foundation to support adult eating disorder treatment has raised $37,000.

The second annual Tea for E|D was held February 9 and organized by Emily Doer.

“I am once again honoured and humbled by the giving nature of so many Manitobans who want to make a positive impact in support of those confronting eating disorders,” Doer said in a release. “So many people gave their time and energy to make the second event a reality. We are helping to start conversations on a difficult topic, and we are doing it together.”

Doer overcame an eating disorder herself and received treatment through a program at HSC Winnipeg, which will benefit from her successful fundraising efforts.

The event brought out 430 people to a packed ballroom at the Hotel Fort Garry for tea and to hear the inspiring story of guest speaker Brian Cuban.