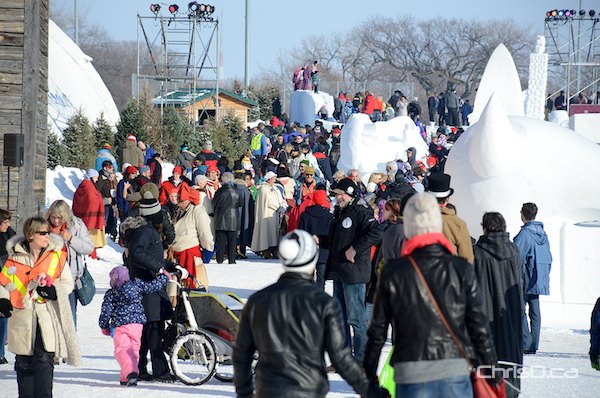 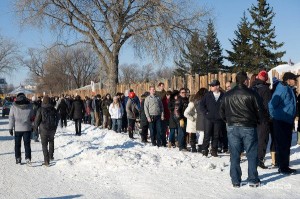 Winnipeggers came out in droves Monday to not only celebrate Louis Riel, but to bask in balmy winter temperatures under a sun-filled sky.

The temperature rose to -3°C on the provincial holiday, as thousands flocked to either Festival du Voyageur or The Forks. Both sites were equally as packed, with long lines being the typical scene all day long, but it was hard to find anyone complaining about it.

Voyageur Park had various celebrations to pay homage to Manitoba’s founder. Dignitaries also announced a $30,000 grant to fix up Fort Gibraltar and preserve the history of the replicated fort, which was originally built in 1979. 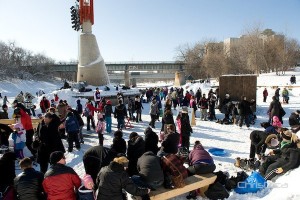 Skaters and winter enthusiasts flock to The Forks on Monday. (TED GRANT / CHRISD.CA)

Over at The Forks, the Race on the Red got the day going, as the Manitoba Speed Skating Association hosted the fun event to find the fastest skater to glide down the Red River Mutual Trail. The trail was also the site for Old Fashioned Skate Day, where skaters donned 1900s era clothing to take a trek down the ice.

The mild trend continues this week with a high of -2°C today and sunny skies. More snow is in the forecast for Wednesday and Thursday. 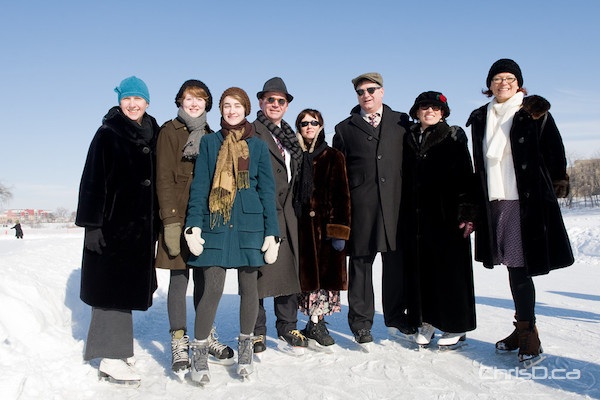