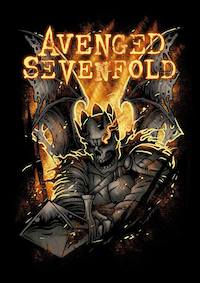 The band is bringing its Shepherd of Fire Tour to MTS Centre on Saturday, April 19 with special guests Hellyeah.

Based on the band’s single of the same name, which hit No. 1 on both the mainstream rock and active rock charts. “Shepherd of Fire,” from A7X’s current album Hail To The King, is the second single to reach No. 1, in addition to the title track.