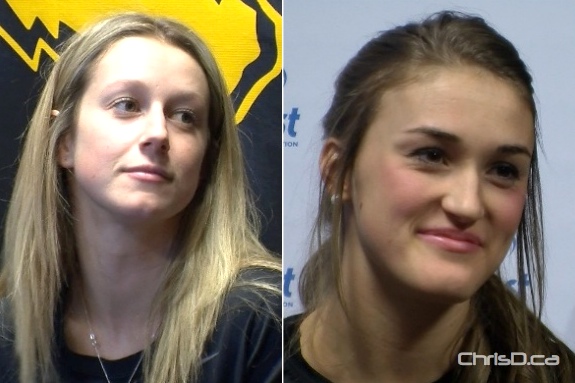 Setter Brittany Habing and left side hitter Taylor Pischke were selected for the honours.

Habing, 21, played her first year this season at Manitoba after starting her university career at Winnipeg with the Wesmen. She was second in Canada West assists per set at 10.12 (79 sets/826 assists). In addition, the East St. Paul, MB native added 172 digs, 64 kills, 13 service aces and 57 total blocks while playing in 79 of 81 regular season sets for Manitoba.

The Bisons play Trinity Western on the road Friday at 10 p.m. CT (live webcast), with the winner of the playoff match moving to the gold medal match, while the loser will play in the bronze medal match on Saturday, February 22.