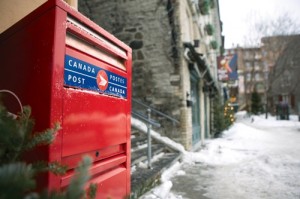 Canada Post has identified the first neighbourhoods to receive new community mailboxes as part of its transition away from home mail delivery.

Eleven communities across Canada will see the new mailboxes beginning in the fall of 2014 — the first stage of a five-year national initiative involving roughly 5 million addresses.

Roughly 12,500 addresses in Winnipeg will be affected (postal codes starting with R2P and R2V), with others following in the coming years.

Mail delivery won’t change for those living in apartment buildings, seniors’ buildings and condominiums who have mail delivered in the building lobby, or customers who have mail delivered to a rural mailbox at the end of a driveway. Businesses situated in business corridors, such as main streets or those that receive a relatively large volume of mail or parcels, will also not see any change.

Canada Post announced late last year it would phase out home delivery in a cost-saving effort to save the Crown corporation more than $900 million.