Folk Festival Teams Up with U of W for Food Catering 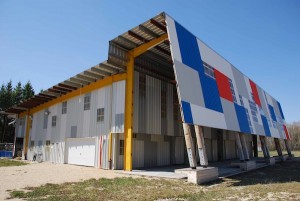 The Winnipeg Folk Festival has teamed up with the University of Winnipeg’s Diversity Food Services to cater meals for all volunteers and performers at this year’s festival.

During the five-day festival, nearly 10,000 meals are prepared and served each day in the backstage La Cuisine kitchen facility.

“We are so excited to build this new relationship with Diversity,” said Lynne Skromeda, Winnipeg Folk Festival’s executive director. “Their values are so closely aligned with ours, and with their commitment to local, fresh, natural food — it’s the perfect addition to the Folk Fest experience for our community of volunteers and performers.”

The partnership will allow Diversity to extend hours to about 12 of its employees, who would normally see their jobs dissolved after the season.

Those who aren’t volunteering or performing at Folk Fest can also enjoy Diversity’s food offerings. They will have a presence as a vendor in the Festival Village.