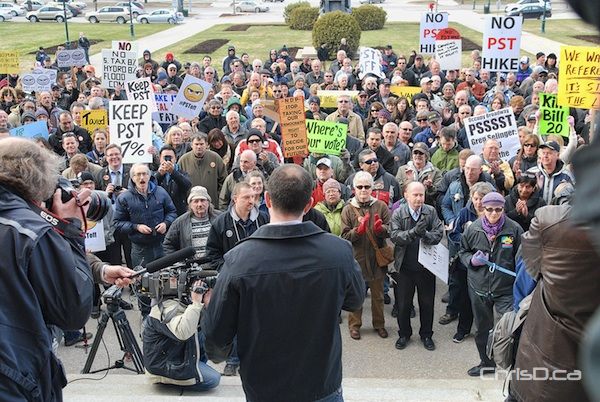 As the puck dropped in the Canada-USA seminfinal hockey game in Sochi on Friday, Manitoba’s Progressive Conservatives were talking PST.

The Tories announced a lawsuit to reverse the NDP’s PST hike, which took effect this past summer across Manitoba. The one percent hike was passed without a referendum, which is required under existing legislation.

“The NDP have chosen to bring in the PST above the wishes of the people, but the NDP is not above the law,” said Opposition Leader Brian Pallister. “The NDP is on shaky legal ground here, but have refused to do the right thing so we will take the NDP to court. It was our pledge and is the right thing to do.”

The Tories brought up a September 2011 quote from Premier Greg Selinger, in response to a question about raising the PST.

“Ridiculous idea that we’re going to raise the sales tax. That’s total nonsense, everybody knows that,” Selinger said at the time.

“This is just another political stunt the PCs have been threatening for months. Based on the advice of our counsel, Jonathan Kroft and Martin Freedman, we are confident their case will not succeed,” Finance Minister Jennifer Howard said in an e-mailed statement.