Home » Entertainment » The Mavericks Playing the Burt in March

The Mavericks Playing the Burt in March 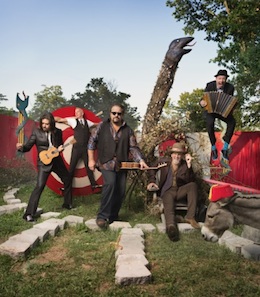 The Mavericks are playing this summer’s Dauphin Countryfest, but before they do, they will celebrate their 25th anniversary by bringing their tour to Winnipeg.

The country garage band will perform Sunday, March 16 at the Burton Cummings Theatre.

The Mavericks emerged from Miami in 1989 with their sultry debut that was equal parts innocence, intensity, and vintage influences reunited in 2012 after an eight-year hiatus.

Tickets are available at Ticketmaster for $51.50.