Bisons to Face Dinos in Semifinals 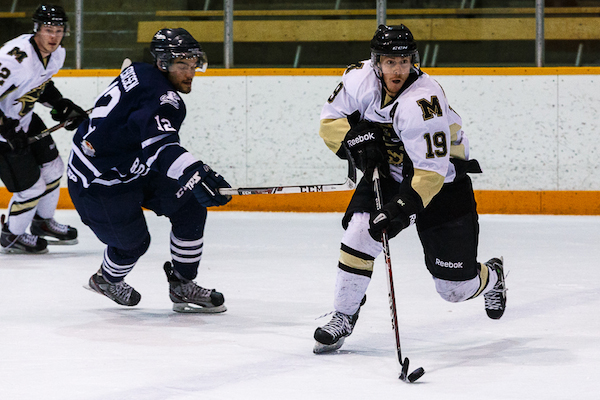 The Manitoba Bison men’s hockey team is off to the semifinals.

The Herd defeated the Mount Royal Cougars 2-0 on Sunday in the third game of a best-of-three quarterfinal series. The win secures Manitoba’s place to move on in the Canada West playoffs and play the Calgary Dinos on the road this weekend in another best-of-three matchup.

The Bisons lost the series opener on Friday, but fought back on Saturday to tie up the series against their western rivals.

“I thought the first period was as good as I’ve seen this team play all season,” Bisons head coach Mike Sirant said of Sunday’s win. “We played a real smart, effective game. I was impressed with our speed, we moved our feet and made smart decisions with pucks.”

Bisons Ian Duval and Luke Cain had the two goals of the game. Starting goalie Joe Caliguiri had 24 saves in his part of the team’s shutout.