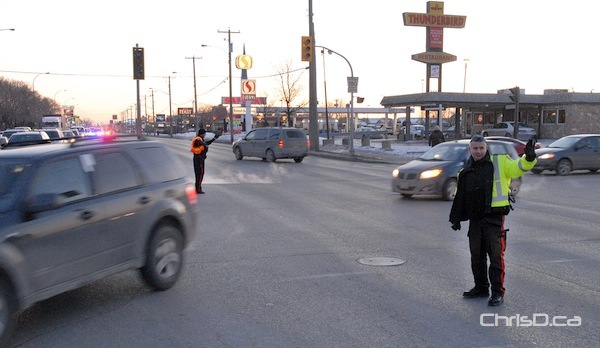 To alleviate the issue with traffic lights conking out whenever moisture gets inside the casing, the City of Winnipeg is spending $550,000 on waterproof gel covers for traffic signals.

Flashing traffic signals are a common occurrence whenever the temperature rises, especially in early spring as snow begins to melt, or during heavy rain and snow storms.

The main reason for the majority of the malfunctions is excessive moisture around electrical components inside the traffic signal poles during wet weather conditions.

Installation will begin this year on between 50-80 locations. The covers will be installed at all 645 signalized intersections, between 6,000-7,000 poles, if approved in next year’s budget.