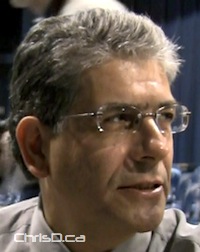 Manitoba former chief public health officer is delivering a lecture on Tuesday at the University of Winnipeg.

Dr. Joel Kettner, a Senior Fellow with the U of W’s Master’s in Development Practice Program, will speak on public health in the 21st century during a series of four lectures.

Kettner will explore how we can understand the related roles and opportunities of public health and social development in tackling big issues such as poor health status, poverty, and illiteracy — within Manitoba — and within and between countries.

Kettner, who is best known to the public for being in front of the media while Manitoba handled the H1N1 flu scare in 2009, was let go by the province in January 2012.