Man Stabbed, Robbed at The Forks 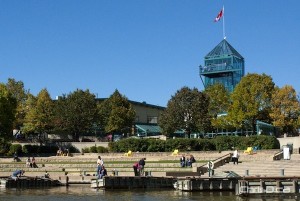 A 31-year-old man was stabbed and robbed at The Forks on Sunday night after skiing on the river trail.

Winnipeg police say the incident happened shortly after 7 p.m. when the victim was confronted by three males.

The man was robbed of his wallet and during the altercation was also stabbed in the upper body before he was able to break free and run to safety.

A 23-year-old man and two male youths, aged 16 and 17, were found in the area and arrested by police. They each face charges and remain in custody.

The victim was taken to hospital with non-life threatening injuries.