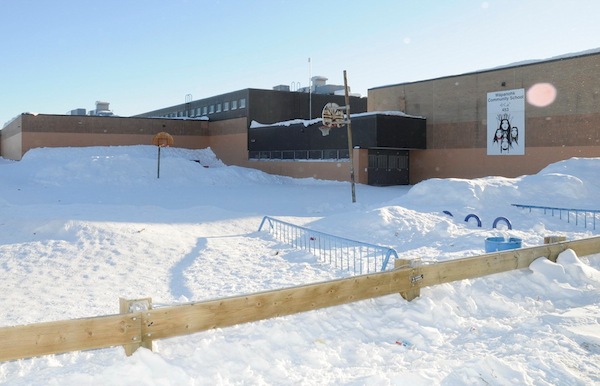 Two 13-year-old boys were arrested early Tuesday after RCMP allege they caused significant damage to an elementary school in Thompson.

Police arrived around 3 a.m. to a break and enter at Wapanohk Community School. Several windows were smashed as a result and classes have been cancelled for the day.

Police quickly caught the teens and charges are pending.