Home » News » Manitoba Pledges $5.5B for Infrastructure in Five-Year Plan

Manitoba Pledges $5.5B for Infrastructure in Five-Year Plan 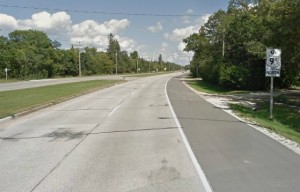 Highway 9 north of 9A near Selkirk is already slated to get two kilometres of concrete refurbishment in the near future. (GOOGLE STREETVIEW)

The Manitoba government is digging deep into its pockets to show that its unpopular PST hike is going to worthwhile infrastructure projects.

A day before the provincial budget is released, the NDP government on Wednesday announced a $5.5 billion five-year plan (PDF) to fund core infrastructure priorities throughout Manitoba.

The funding will see more than $3.7 billion going towards Manitoba roads, highways and bridges, $320 million in flood protection to better protect more communities from flooding, and more than $1.5 billion in municipal roads, clean water and other municipal infrastructure in growing communities.

“We are making this historic investment because we know restoring and expanding our infrastructure is actually even more important during economic uncertainty,” said Infrastructure and Transportation Minister Steve Ashton. “These investments keep our businesses competitive and create good jobs for families.”

The Conference Board of Canada expects the projects to boost Manitoba’s economy by $6.3 billion and create 58,900 jobs.

“To keep Manitoba competitive and build our core infrastructure, we all have a part to play, that’s why this plan is so important,” said Chris Lorenc, president of the Manitoba Heavy Construction Association. “We have to get started. We have to plan ahead to get the most for our dollar and when there are delays, we have to work together to carry those resources forward and get the job done.”