Home » News » Winter Tires Should Be Exempt from PST: CAA

Winter Tires Should Be Exempt from PST: CAA 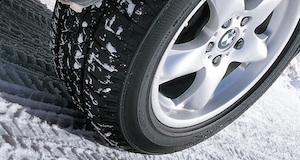 Charging PST on winter tires should be outlawed in the province, says CAA Manitoba.

The province’s 2014-15 budget on Thursday introduces a low-interest loan program through MPI to make it easier for motorists to purchase winter tires. Although, charging PST on those tires is still part of the deal.

“After an unprecedented winter that saw a large increase in road collisions and insurance claims, it’s clear that making winter tires more affordable for all drivers is a good strategy,” said Michael Mager, president and CEO of CAA Manitoba.

The average set of four winter tires costs around $1,000.

“If the cost of tires is reduced by as little as $80, even more Manitobans would be able to afford them.”

A survey of 11,000 CAA Manitoba members in 2011 found the number one reason motorists choose not to put on winter tires was the associated cost.