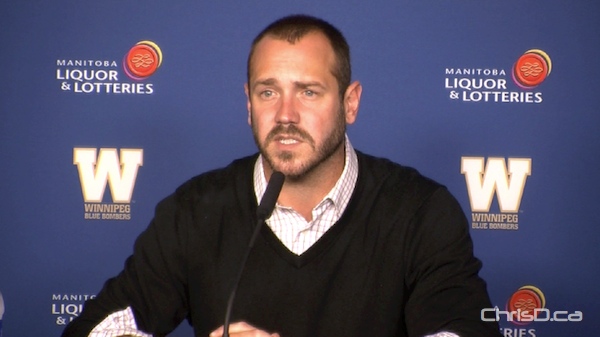 Just days after announcing his retirement from professional football, Buck Pierce is back.

The former Winnipeg Blue Bombers quarterback — who mostly recently spent a season with the BC Lions — will join Winnipeg’s coaching staff this season.

The club announced Friday that Pierce will have the role as running backs coach.

“Deciding not to play football anymore was a difficult decision, but having the opportunity to re-join the Bombers in a coaching role was really a perfect fit,” Pierce said in a release.

“I am thrilled they wanted me to be a part of what I believe will be a great thing here in Winnipeg. I said when I was traded that I hoped one day I would be back in some capacity, and today is a really special day for my family and me.”

Pierce was traded to BC last fall, but has remained a part of the local community ever since. He’s currently a restaurant partner in Danny’s BBQ Smokehouse and Buck’s Sports Lounge in St. James, and involved in several charitable initiatives.