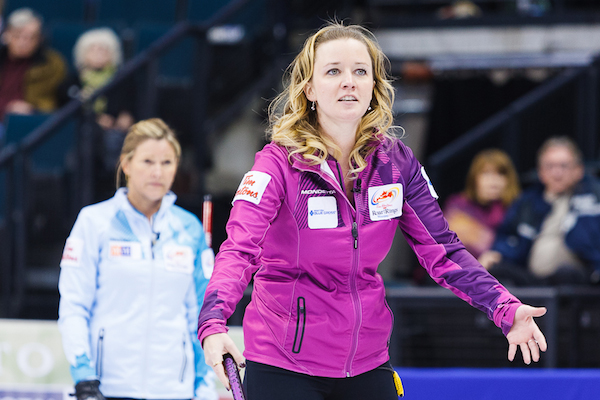 The Chelsea Carey curling rink is parting ways, letting fans know via social media that the team is splitting up.

A Facebook message on the team’s page Tuesday afternoon delivered the news.

“We wanted to let everyone know that, after a wonderful run together, we have made the difficult decision to part ways,” the message said. “We shared so many amazing accomplishments as a team, and are so proud of what we did throughout our time together. We remain very close friends, and want nothing but the very best for each other in the future.”

Carey is forming a new Edmonton-based rink, playing with Laura Crocker, lead Jen Gates, and is in the final stages of selecting a second.