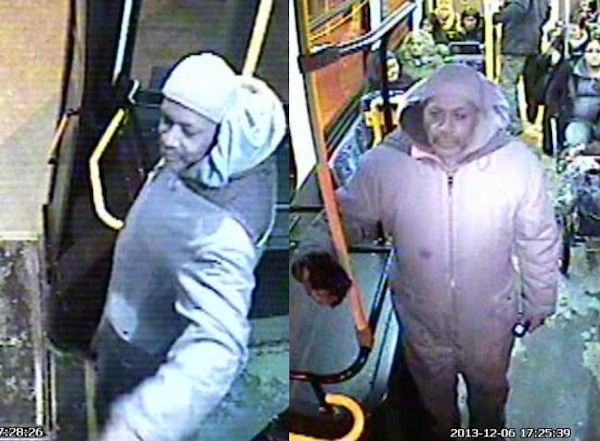 Surveillance images from a Winnipeg Transit bus showing a suspect alleged to have assaulted the driver. (WPS HANDOUT)

Winnipeg police are turning to the public to help identify a man alleged to have threatened a Winnipeg Transit driver in December.

Police say they were called to the area of Graham Avenue and Donald Street on December 6, 2013 for an assault. The bus driver said the man verbally threatened him before stealing his personal property and fleeing on foot.

Police are hoping surveillance images captured from the bus can identify the suspect.

The bus driver wasn’t injured and his property was later recovered when the suspect dropped it.