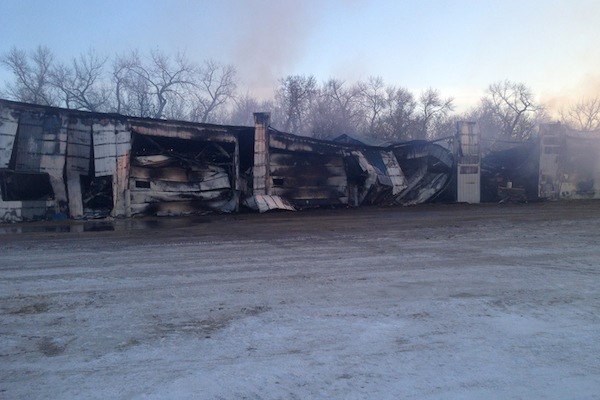 Crews were called to Hamiota Feedlot Ltd. just outside the town at around 3:20 a.m.

RCMP say the building housed several bays of equipment, including an office, which were engulfed in flames. The structure is a total loss.

No one was injured in the fire and the Office of the Fire Commissioner is investigating to determine a cause.

A damage estimate isn’t yet known.