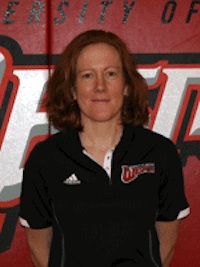 The University of Winnipeg Wesmen have named Amy Anderson as the women’s soccer coach for the upcoming 2014 Canada West season.

Anderson, 36, was an assistant coach with the Wesmen last season and has a wealth of experience to her résumé.

“She has competitiveness about her that I have seen before in some of other successful coaches in our programs,” said U of W athletic director Doran Reid. “She seems to have a knack of being able to connect to the players and knows what it takes to be successful in a student athlete scenario.”