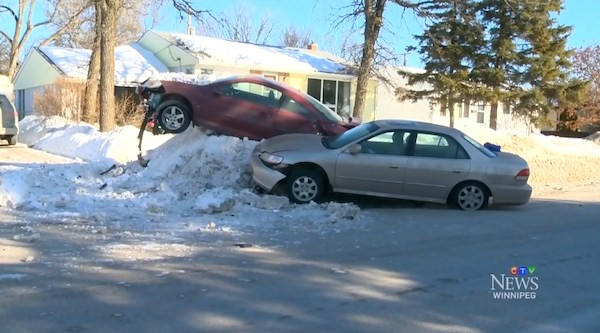 Winnipeg police have laid charges in a two-vehicle crash that left one car perched on a snowbank on Saturday.

The crash happened on St. Vital Road at Dunkirk Drive just before 6 a.m. Police say a Honda Accord collided with a parked Chevrolet Cobalt, forcing the Cobalt up onto the snowbank.

Four passengers in the Accord were taken to hospital with non-life threatening injuries. The 18-year-old man driving the car was arrested and charged with impaired driving, and impaired driving causing bodily harm.

He has been released on a promise to appear in court.