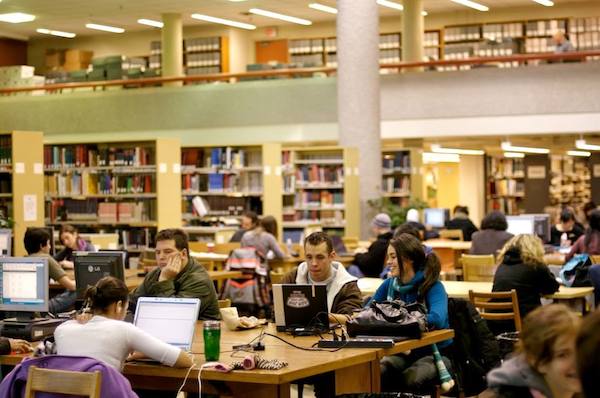 Students work in a library at the University of Manitoba. (FACEBOOK)

Manitoba students are meeting with MLAs this week to pressure the provincial government to address increasing student debt and tuition fee loopholes.

According to the Canadian Federation of Students, Manitoba student loans carry an interest rate of prime, meaning that those students who rely on loans will pay, on average, an extra $3,000 for their education.

“As tuition fees continue to rise, the interest charged on student loans forces those who are unable to afford the upfront costs to pay more for their education,” said Bilan Arte, chairperson of the Canadian Federation of Students — Manitoba. “In a time of slow economic recovery, punishing those with low income just doesn’t make sense.”

Students say the province is well positioned to support low- and middle-income students by eliminating interest rates on student loans.

“Accessible, affordable, and high-quality post-secondary education must be part of the province’s plan.”