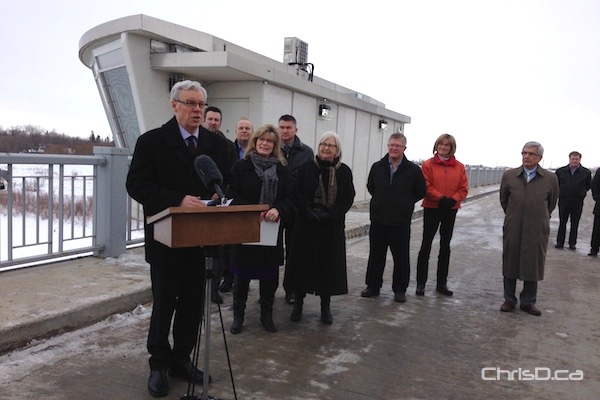 Premier Greg Selinger speaks during an announcement at the Red River Floodway on Tuesday, March 18, 2014. (CHRISD.CA) 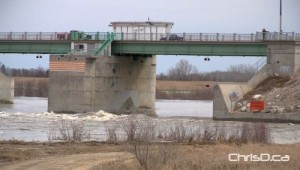 Eight Manitoba communities will be better protected against future floods due to cost-saving in the $627 million Red River Floodway Expansion Project.

The province and federal government celebrated the completion of the project with a ribbon cutting on Tuesday at the Red River Floodway control structure south of Winnipeg.

“This multi-year project was a massive undertaking with many challenges most notably ensuring that the floodway was “flood ready” each and every spring,” said Ernie Gilroy, CEO of the Manitoba Floodway Authority.

The project improves flood protection for the residents of Winnipeg, West St. Paul and East St. Paul from a 1-in-90 to a 1-in-700 year flood.