Home » Entertainment » ‘Night Light’ to Open at MTYP This Week

‘Night Light’ to Open at MTYP This Week 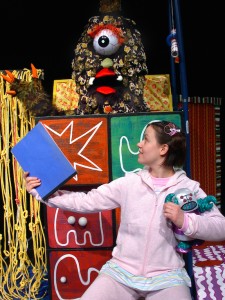 The award-winning drama “Night Light” is opening on Wednesday at the Manitoba Theatre for Young People.

The play tells the story of six year-old Tara and her older brother Victor as they learn to overcome their everyday fears and anxieties. Playwright John Lazarus’ script uses ingenuity and laughter to shine a light on important issues such as bullying, parental expectations, and beyond.

Synopsis: Whether it’s an imaginary monster or a bully on the playground, life can be a bit scary for kids from time to time. Goodge is a monster that lives in six-year-old Tara’s bureau. But only she (and the audience) can see him. Meanwhile, her older brother Victor is afraid of an increasingly difficult bully on the playground. Working together, they learn how to deal with their fears in a positive way, overcoming differences and making new friends.

The play will run at MTYP from March 26 to April 11. Tickets are available now for purchase online.

← Previous: Weight Restrictions Relaxed to Transport Grain on Manitoba Roads Next: Congolese Gynecologist to Lecture at U of M →
Tags: Winnipeg