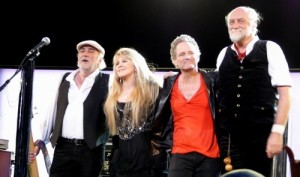 British-American rock band Fleetwood Mac is returning to the city in the fall.

The rockers will bring their “On With The Show” tour to Winnipeg’s MTS Centre on Monday, November 10 with special guest Christine McVie.

The band last played in Winnipeg last May.