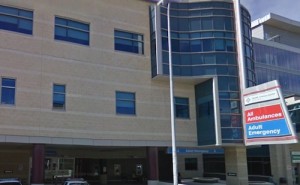 The Thorlakson Building at the Health Sciences Centre has reopened after a chemical spill forced its partial evacuation on Thursday.

Construction crews working on the fourth floor laboratory spilled formalin solution, which resulted in the HAZMAT unit and a number of emergency services to respond to the hospital.

About 500 people, including patients and staff were evacuated, and ambulances were diverted to other hospitals until the spill could be contained.

The Winnipeg Regional Health Authority says there was a minimal impact to services with slightly longer waits in emergency due to the disruption of lab services.

As a result of the spill, five elective adult surgeries and six adult angiography procedures were cancelled and rescheduled for a later date.