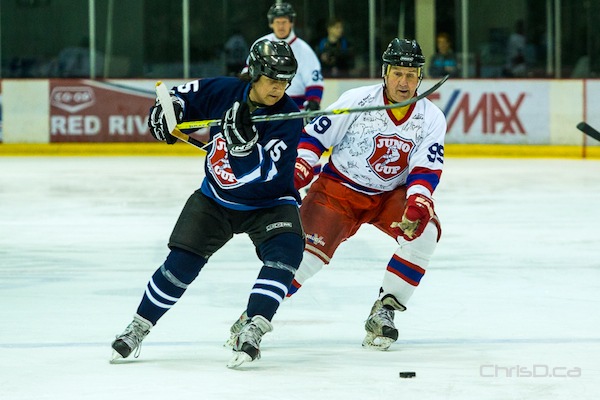 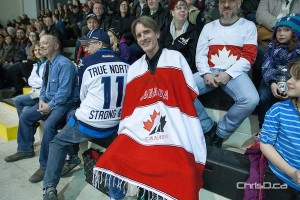 WINNIPEG — More than 1,200 people packed the MTS Iceplex Friday night to see former NHLers do battle with musicians on the ice in support of charity at the annual Juno Cup.

James Earle was dressed in a large red poncho with the word ‘Canada’ across the front. A musician himself, Earle was thrilled to see all those taking part.

“I love seeing them all,” he said. “I’ve seen a lot of the hockey players over the years and now I get to see some of the musicians. I’m a fan of hockey and I’m a fan of music, so this is great.”

Earle’s friend Don Muir came to the game wearing a Jets road jersey with ‘True North’ on the nameplate. He was also pleased with the event. 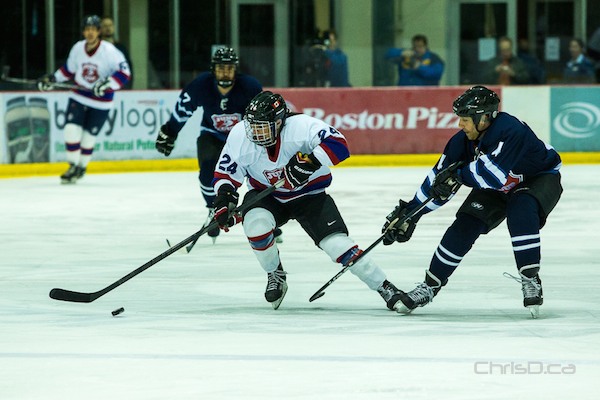 “I’m a big hockey fan and I like the local music scene in Winnipeg, so it’s a great event just to get everybody together.”

Earle felt the Juno Cup is important for the city.

“Events like this do a ton for Winnipeg and a lot for the musicians and MusiCounts. More kids need to get involved in music and get off of the video games.”