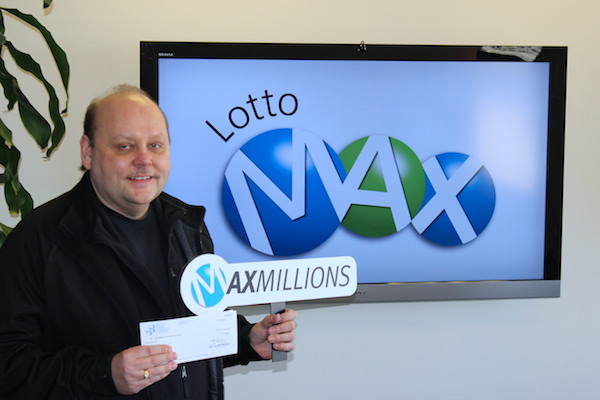 Mike Herda holds up his cheque for $1 million. (HANDOUT)

A Winnipeg man is planning for a vacation after recently winning $1 million on a Lotto Max ticket.

Mike Herda purchased the $6 Quick Pick with the Extra from his store, MikMar Ticket Sales, on March 14.

“I checked the numbers on the WCLC website before I went to work,” Herda said of his win. “It’s still sinking in. I’ll invest some, for sure. And I want to take a long-overdue vacation.”

Herda’s ticket was the only one across Canada to match seven numbers in the Maxmillions winning number sets.

The prize went through an additional review process due to Herda being a lottery retailer.

Myron Krywyj of Winnipeg claimed the $500,000 Maxmillions prize from the same draw date. The other million-dollar Winnipeg prize from March 14 has not yet been claimed.