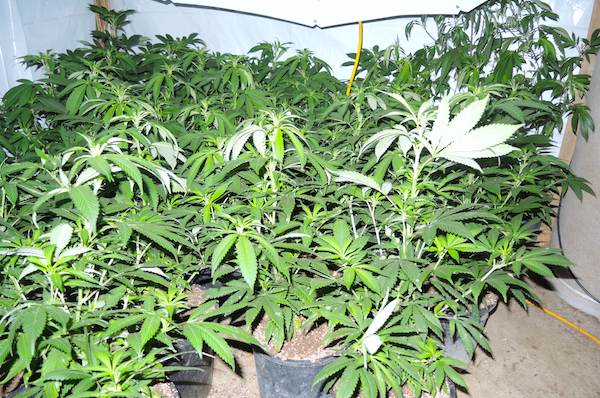 Police seized approximately 300 marijuana plants from a home in the RM of Brokenhead on Wednesday, April 2, 2014. (RCMP HANDOUT)

RCMP have broken up a marijuana grow-op in the RM of Brokenhead and arrested a 48-year-old man.

Police raided a rural residence on Wednesday, where they seized approximately 300 marijuana plants, along with lighting and venting equipment.

Onofrio Romolo was arrested at the scene and faces numerous drug-related charges.

He is scheduled to appear in Beausejour court on June 17.