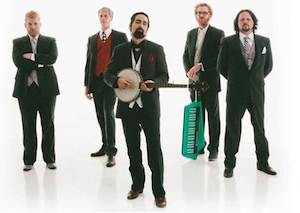 Portland’s Blitzen Trapper will play the West End Cultural Centre on June 15 when the band hits the road in support of new music.

Coming off the heels of releasing their seventh album, VII, the folk band will perform in Winnipeg with special guests.

Tickets for the show go on sale today for $20 through the WECC, Ticketmaster, Music Trader, and Winnipeg Folk Festival Music Store. Admission is $25 at the door.