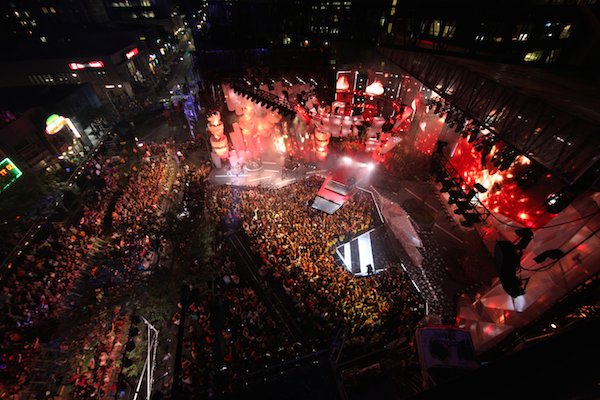 The MuchMusic Video Awards are marking 25 years with a live simulcast across multiple networks on Sunday, June 15.

For the first time, the MMVAs will air live on Much, CTV and the CTV Go app at 8 p.m. CT.

“With the CTV simulcast we ensure millions of music fans across the country experience the energy of this amazing show,” said Phil King, president, CTV, Sports, and Entertainment Programming in a release.

The show has had some memorable moments over the years, including Lady Gaga’s bra-shooting fireworks and Avril exposing her MMVA ‘tattoo’, to Pamela Anderson kissing Kid Rock and Flo Rida zip-lining onto the stage. Musical highlights have included Kanye West’s first performance of “Jesus Walks,” with a then-unknown John Legend at the piano, Justin Bieber surprising Miley Cyrus on stage during “Party in the USA,” Lenny Kravitz and The Guess Who performing “American Woman,” and Arcade Fire’s first television performance ever, complete with a marching band.

This year’s nominees, performers, and presenters will be announced in the coming weeks.